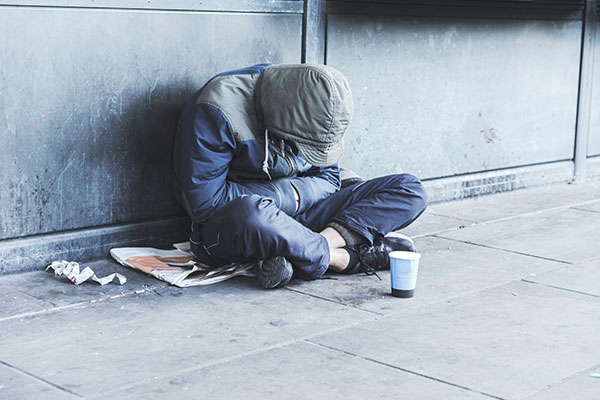 We follow the hospitality tradition found in the 1,500 year old Rule of St. Benedict:

“When someone knocks at your door, treat them as if Christ Himself were standing there.”

In the early 1980’s, when offering basic services to care for homeless people was a radical idea in Santa Cruz, Peter Carota had a vision to do just that. Not yet ordained a Roman Catholic priest, he started caring for the needy by serving sandwiches around town from the back of a long, white van. On the sides of his van, Peter lettered the words “St. Francis Catholic Kitchen” and added a painted image of St. Francis of Assisi feeding the birds.

In Wayne Shaffer, a Santa Cruz realtor like himself, Peter Carota found a like-minded collaborator. The two realtors looked around for a permanent home in which to run a soup kitchen with a dining hall. In 1984, their dream came true. Near River Street, they found an old automotive repair shop for sale on Mora St, right next to the railroad tracks and down the hill from Holy Cross Catholic Church.

In 1989, Peter Carota purchased and donated a house to serve as an emergency shelter. Located on the west side of Santa Cruz, Jesus Mary Joseph Home is now a transitional shelter for homeless women and children. 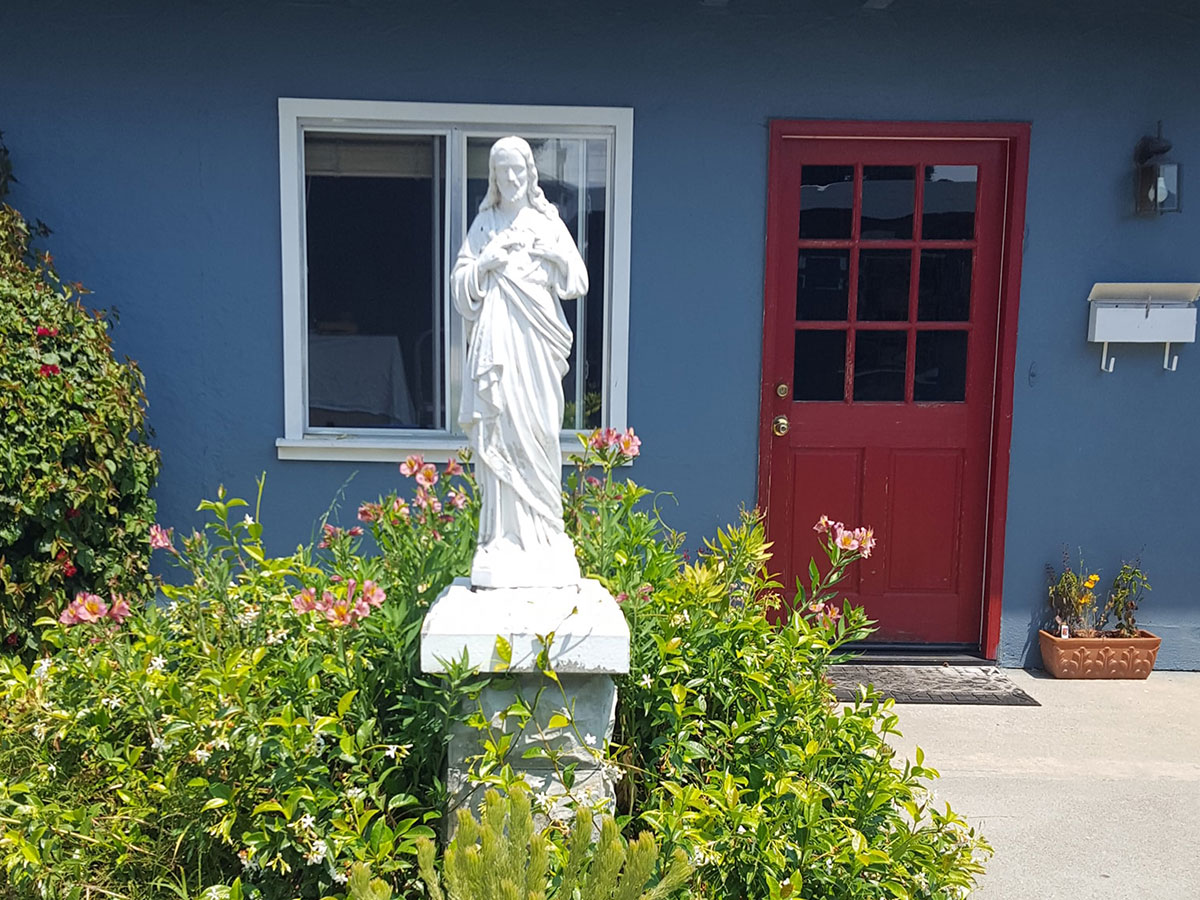 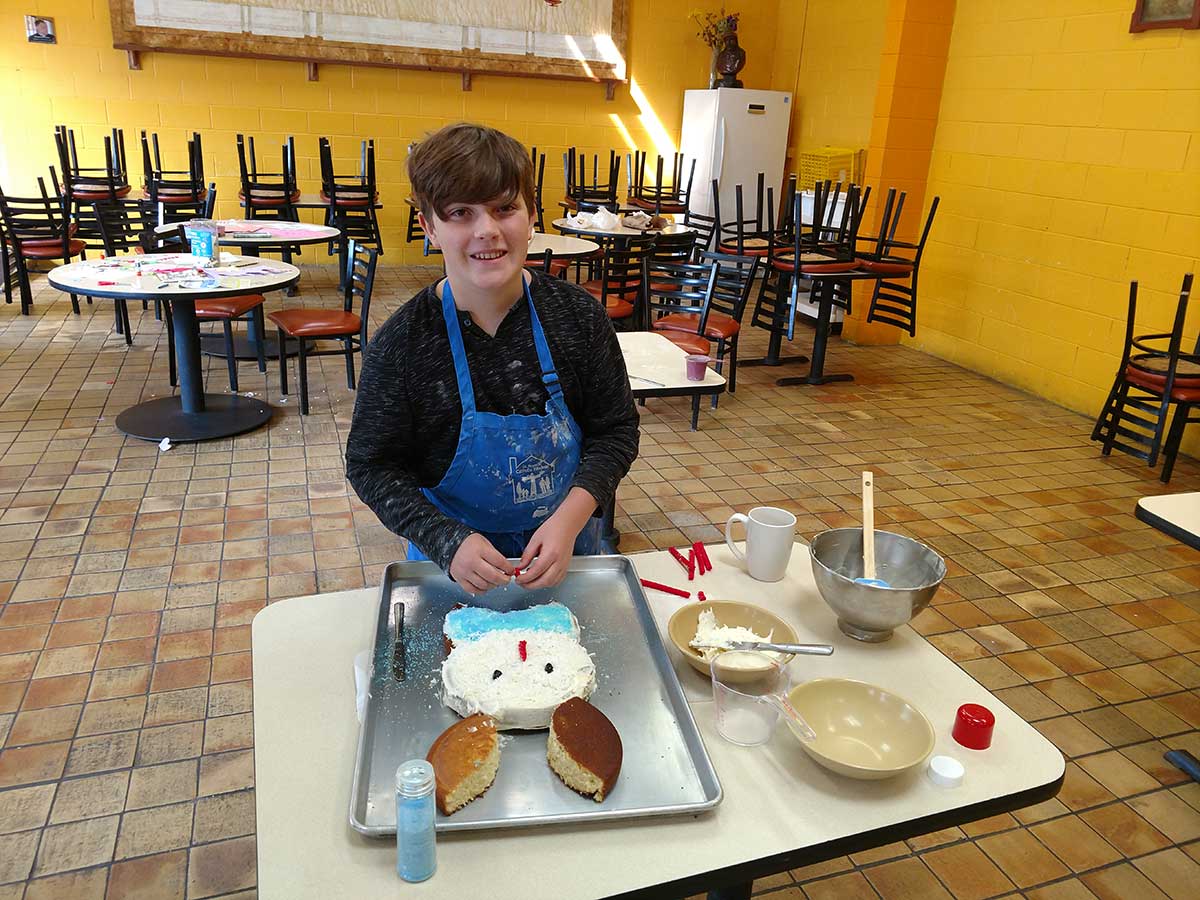 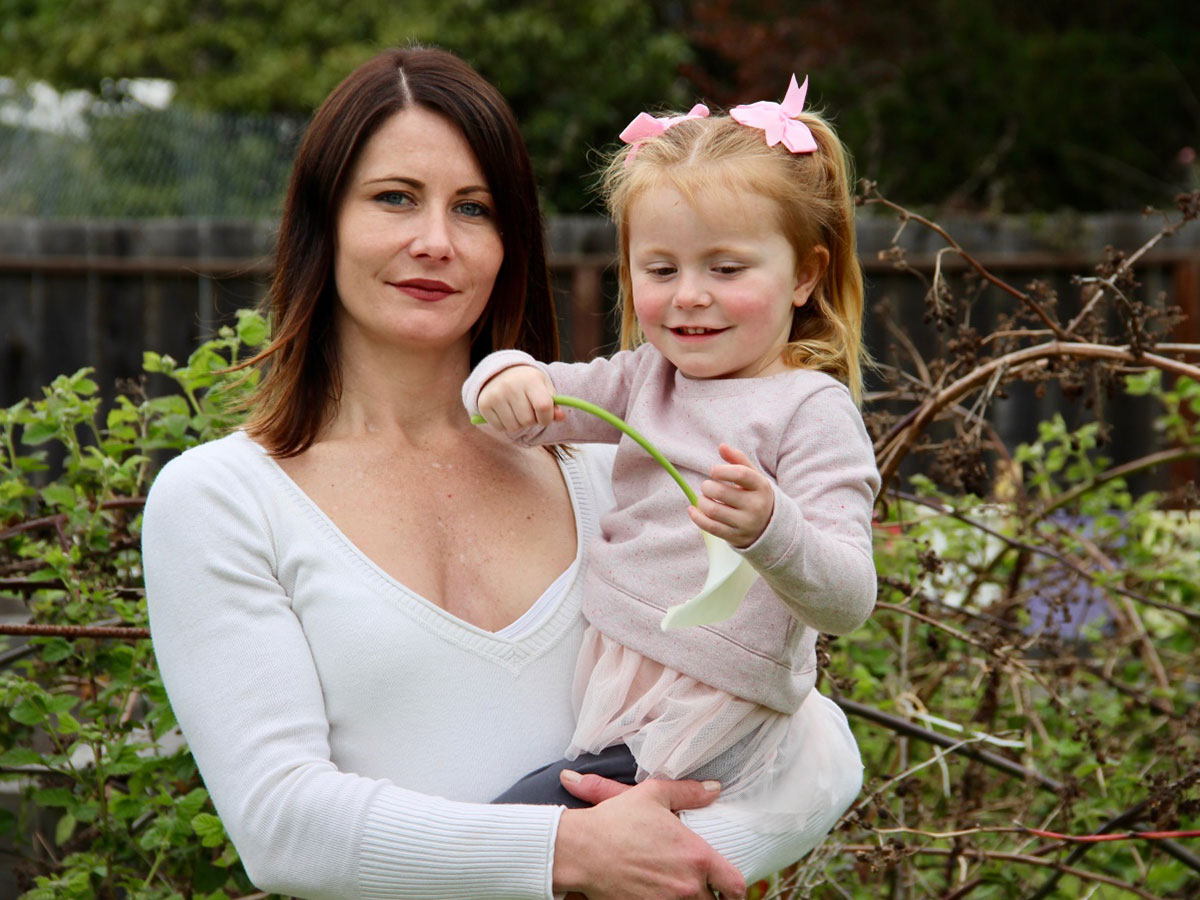 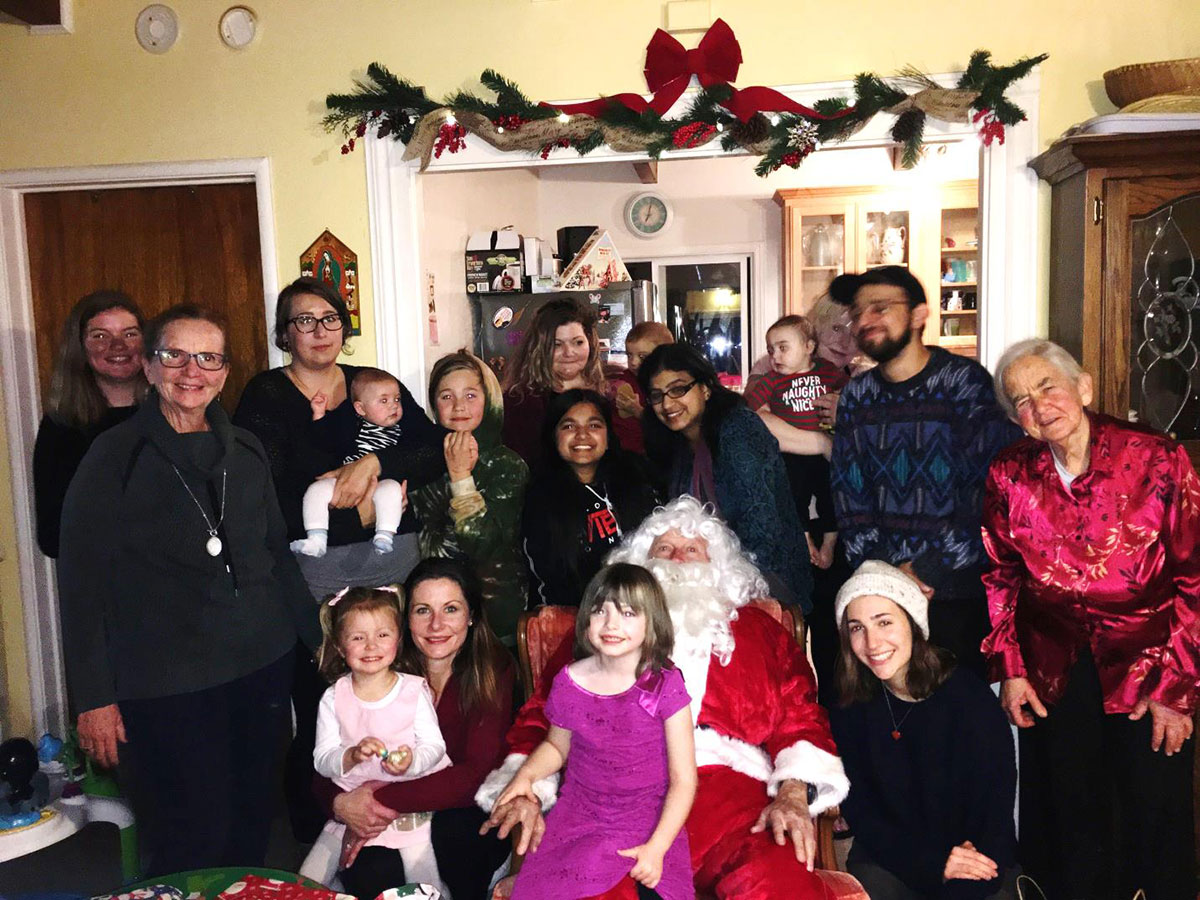 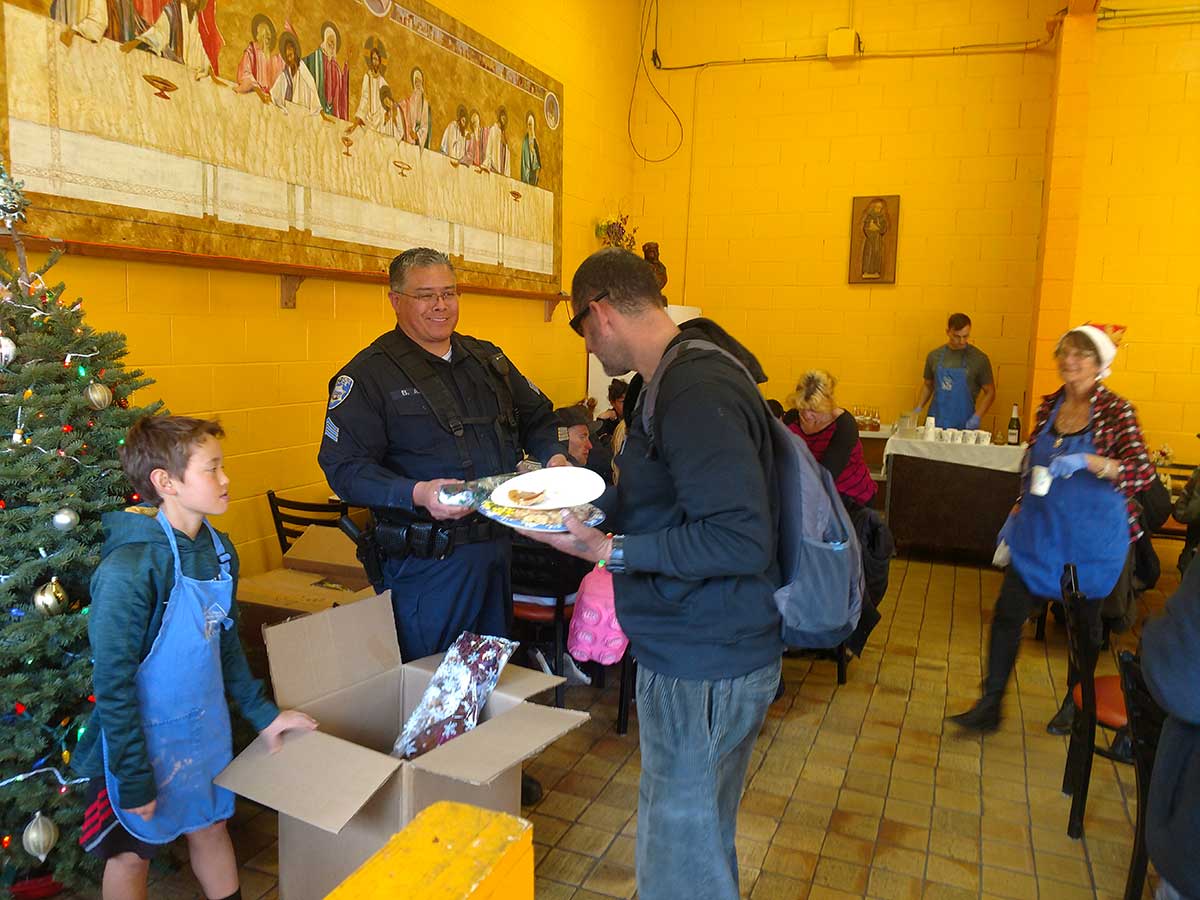 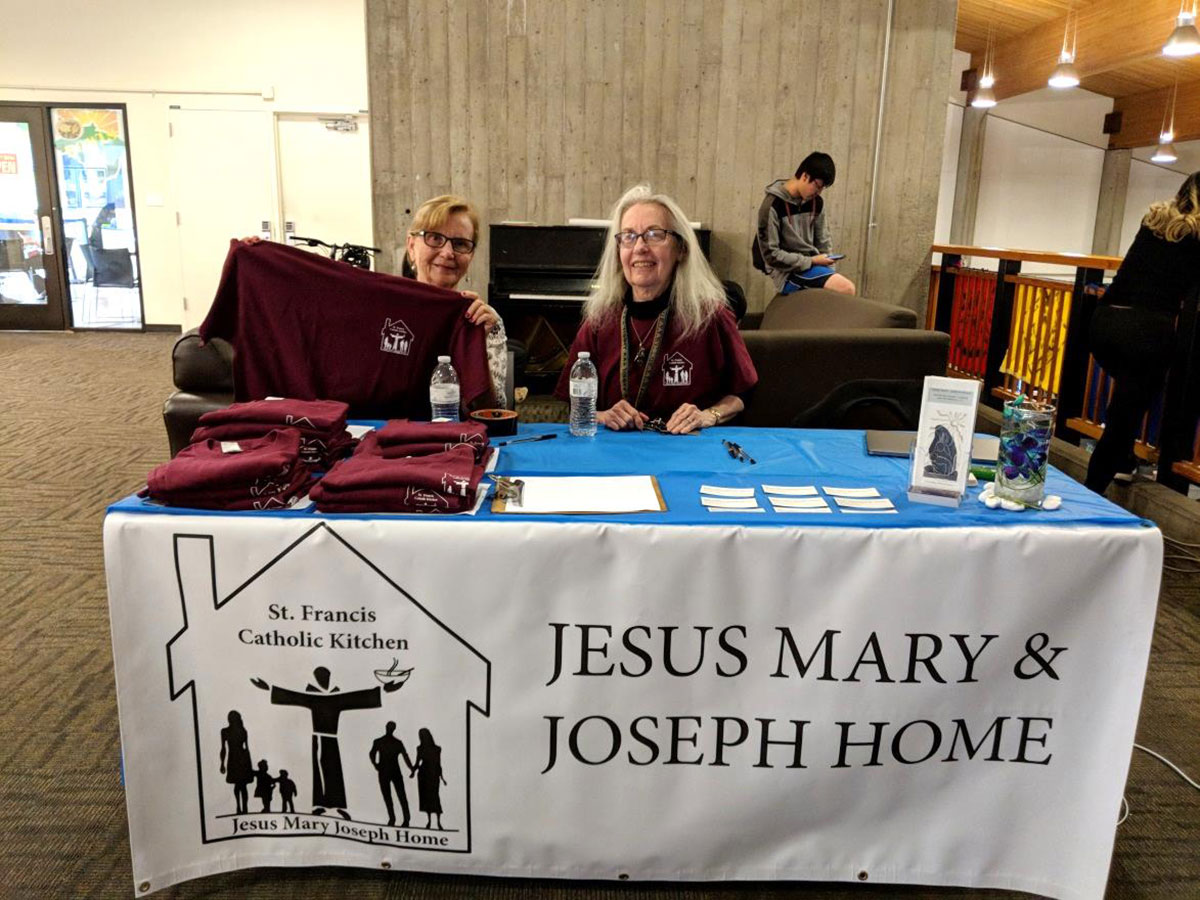 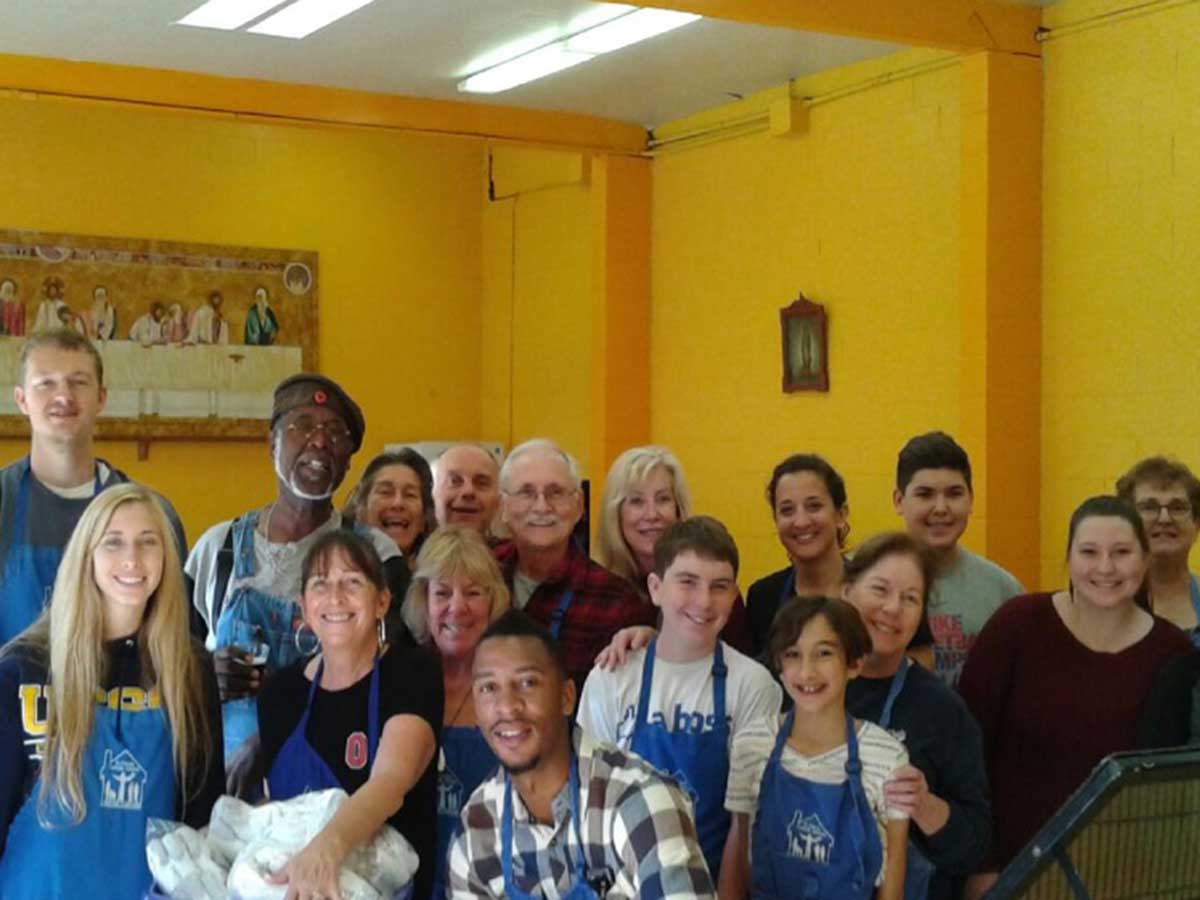 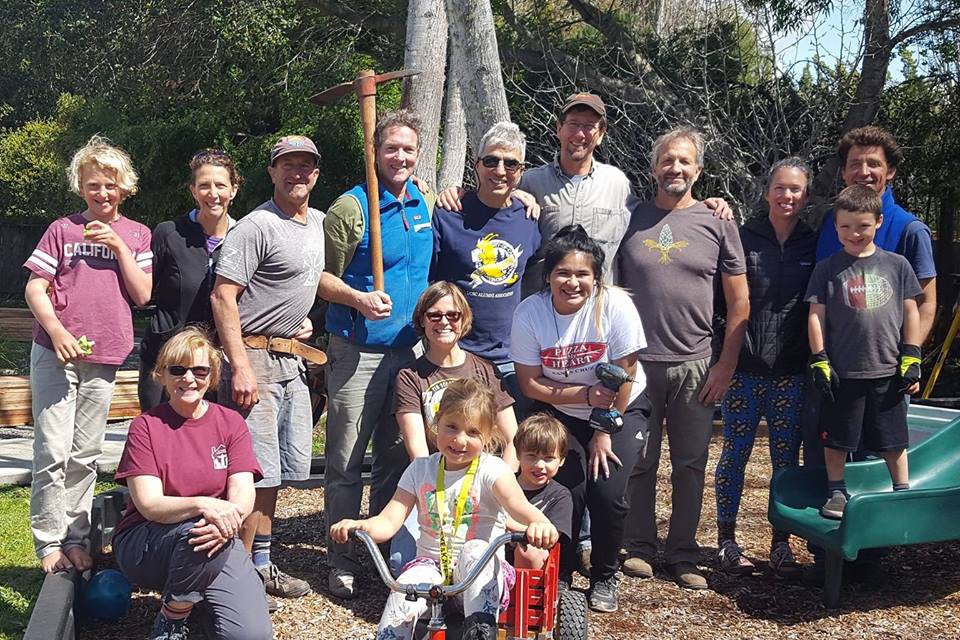 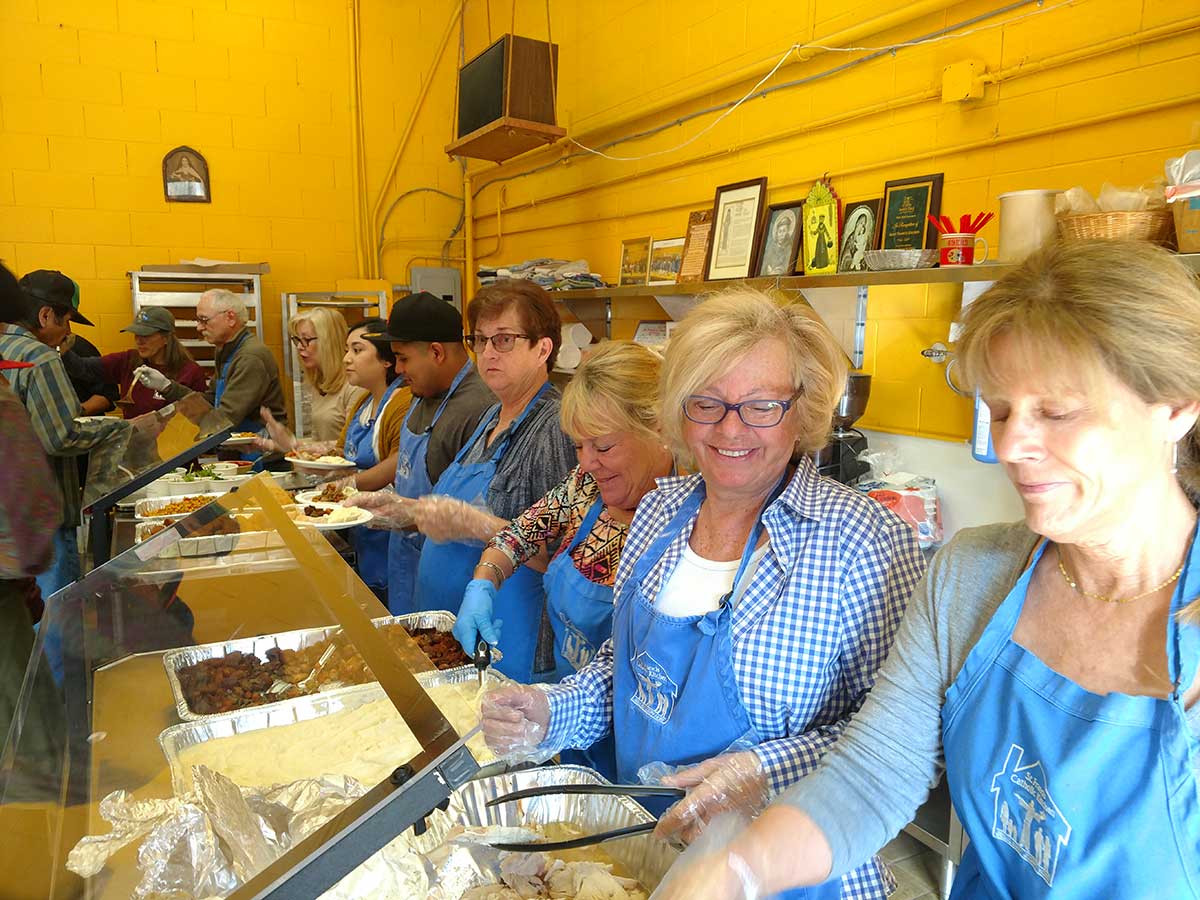 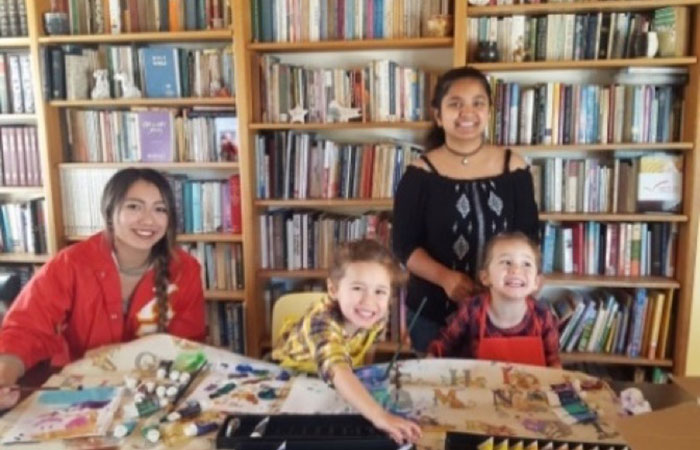 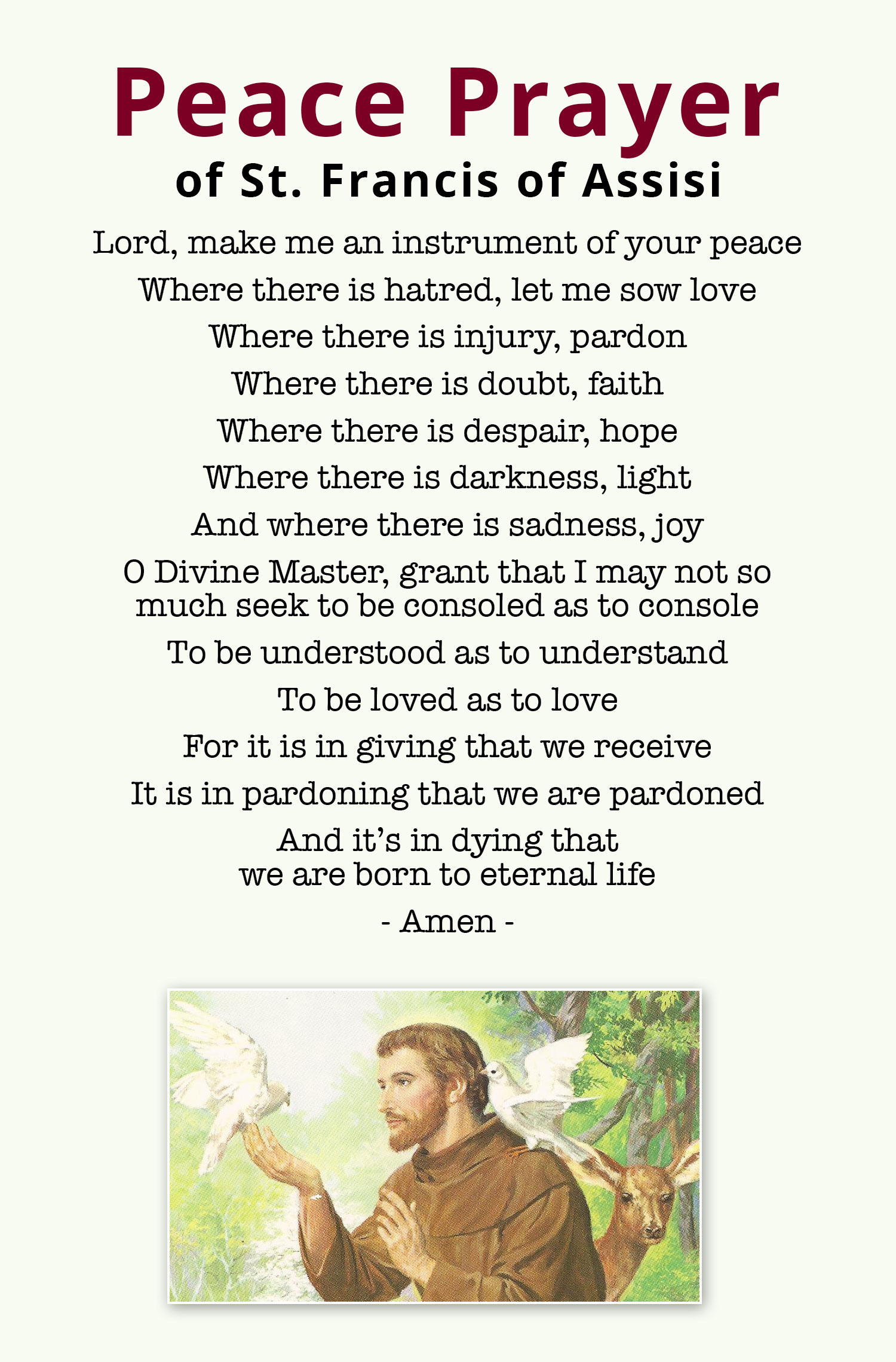 “I founded St. Francis Catholic Kitchen to show the community of Santa Cruz what it meant for me to act as a Catholic Christian by helping the poor. My goal was not just to feed, clothe and shelter the poor, but also to heal their brokenness through bringing them to Jesus and His Church. It was prayer that sustained our work and reminded us to do it with love.”  — Fr. Peter Carota, quoted in 2009

Father Peter was born in Santa Cruz on November 15, 1948. His remarkable and devout parents, Mario and Estelle, raised a family of 19 children, including 11 foster children. At one time, the family owned a bus which was used on family trips.

The late Mario Carota taught his sons how to build and remodel houses. As the family grew, they worked together to construct additional bedrooms and living space to accommodate everyone.

Fr. Peter attended Watsonville High School. After graduating from Carlton University in Ontario, Canada, he worked as a realtor in Santa Cruz. In the 1980’s, he sold everything, founded the St. Francis Catholic Kitchen nonprofit, and purchased two properties for the soup kitchen and the Jesus Mary Joseph Home.

Following priestly ordination in 1997, he was pastor and assistant pastor at numerous churches in California and Arizona, and even built a church, the Chapel of the Holy Angels in Ripon, CA, where he is now buried.

At various times, Fr. Peter did missionary work in Mexico and Brazil and maintained an Internet blog at TraditionalCatholicPriest.com In 2016, Fr. Peter Carota went home to Jesus in Escalon, CA where he had served for 10 years as pastor of St. Patrick’s Church. He was 67 years old. 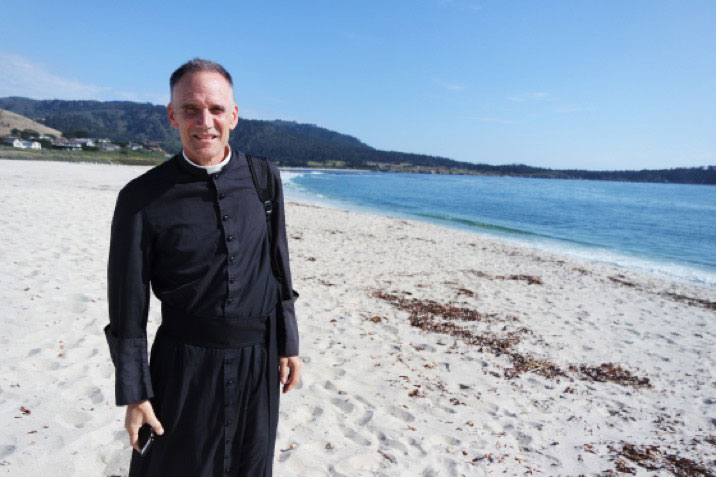 On behalf of St. Francis Catholic Kitchen, a California non-profit public benefit corporation, the board will follow the social justice teachings of the Roman Catholic Church; share duties & responsibilities of governing and maintaining the soup kitchen and the transitional shelter programs, operated in two separate facilities; make policy, staffing, and financial decisions; help with fundraising; keep accurate records and hold monthly meetings on 2nd Tuesdays, or as needed. 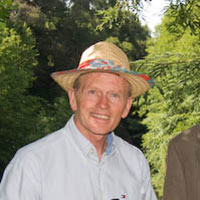 The inspiration of founder Fr. Peter Carota and my growing relation with Jesus has kept me committed to helping our brothers and sisters with physical and spiritual support.

Be the Difference Individual Award Winner 2019 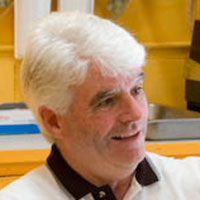 Having been a lifelong admirer of St. Francis, who followed the teachings of Christ, I joined the board of St. Francis Catholic Kitchen in order to participate in following those teachings. 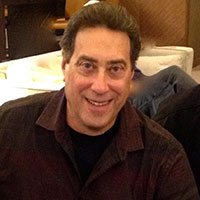 As a long time local business owner, I am proud to be part of the mission to feed, clothe and care for the hungry and to work along side such dedicated and devoted people who continue to serve our community by helping people in need in such a selfless manner. 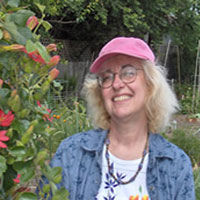 My joy is to serve people in need. What a privilege it is to be able to devote an hour or two per day, using whatever skills that I may have, to help improve the quality of life for those struggling with poverty, hunger or homelessness. 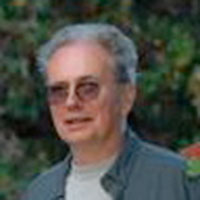 John Lynch started volunteering at the soup kitchen in the late nineties, just on the serving line. In 1999, he was asked if he’d be interested in being on the board of directors. On the board, he participated in fundraising, overall development of policy, and supporting the program directors. In a 2015 Regional History Interview, he said: There are some great people who work at St Francis Catholic Kitchen–incredibly devoted, dedicated people–and working hard with such commitment and steadiness. It’s a very well run program! 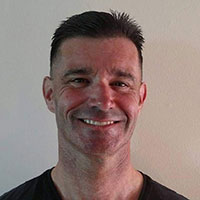 One of Richard’s favorite statements: “We have to start somewhere in meeting the needs of our guests who come to the kitchen. People can make healthier choices for themselves with a full stomach, some clean dry clothes and a hot shower.”

Each meal begins with Richard gathering all of the guests to quiet their minds and give thanks for the food. This simple prayer is a hallmark of the kind approach Richard takes with all the guests. The guests are further helped by providing direction to organizations that can assist with addiction, joblessness and mental health issues. As soup kitchen program director, Mr. Crowe is state-certified in the safe handling of food. Under his leadership, the soup kitchen has passed city and county health inspections every year. 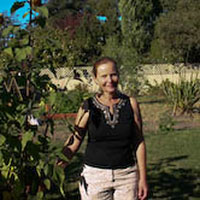 In recent years, the success of Jesus Mary Joseph Home is in large part due to the work of Director Pat Gorman. She says, “All are welcome at JMJ. Through our program, we offer women and children pathways to stability in a loving, supportive environment. We do not discriminate on the basis of race, religion, national origin, age or disability. Since our beginnings, a number of hospice patients found a refuge here for their final days on earth. Many former residents, both women and children, have returned to say ‘JMJ was a lifesaver’ and ‘thank you’.

Under Pat’s direction, the JMJ program focuses on providing 24/7 shelter, healing and support for woman and children who are experiencing homelessness. The goal is to guide them toward new opportunities in education and employment, and to help them locate housing. JMJ can also provide private daily personal care for one terminally-ill person at a time. To serve JMJ residents and hospice patients more fully, Pat completed the qualifications for State Board Certified Nurse Assistant and Home Health Aide. She is also fully qualified in homeless advocacy with a BA degree from UCSC in Community Studies and has 21 years of experience at JMJ.

Those in need who are being served by programs at St. Francis Catholic Kitchen & Jesus Mary Joseph Home deeply appreciate your help!